Sea Levels Rising: How Businesses and Governments Are Hardening Infrastructure

The scientific evidence is clear that sea levels are rising around the world. But even without the statistics, people on the ground in cities from Miami to Bangkok know that sea-level rise is happening because they observe its effects increasingly often.

That means that governments and, to some degree, businesses in coastal cities are now responsible for hardening critical infrastructure against steadily rising seas. That process takes many forms, from building seawalls to protecting sensitive electronics with outdoor enclosures.

Many cities and towns have already started putting protective measures like these in place. More will likely follow as the threat of rising sea levels becomes increasingly hard to ignore. The following are some of the most popular defensive measures that we can expect to see more of in areas threatened by sea levels. 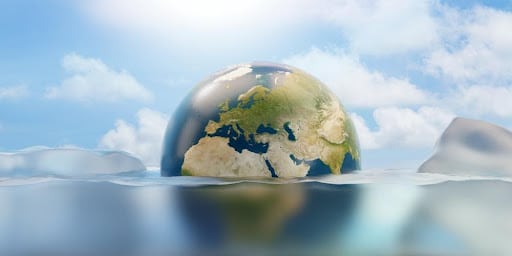 Waterproofing helps harden business and government facilities against floods. Equipment that can’t be brought inside during a storm needs to be waterproofed as much as possible using rugged outdoor-rated parts such as NEMA 4X enclosures. Waterproofing buildings against flooding presents even more challenges, whether it’s in new construction or retrofitting old buildings, but civil engineers have come up with some clever solutions.

Cities and businesses have to make use of both of these techniques where appropriate. Building code changes to require improved flood protection have long been on the table in states like Florida, although action on implementing them has been slow. Some areas may find themselves startled into movement by circumstances like Houston’s, where residents found themselves battered by three supposed 500-year floods in just three years.

Seawalls can help prevent some of the most catastrophic damage in hurricanes and other flooding events. They’re one of the most tried and true floodproofing techniques, but the seawalls of the future will need to be built higher and continuously reinforced to ensure that they’re up to the job.

Cities under major threat from sea levels, such as New York City, have already begun embarking on huge seawall building projects. NYC’s new seawall will be 2.4 miles long and cost hundreds of millions of dollars. Some projections have pegged the expected cost of seawall construction at over $400 billion.

Private industries with large holdings near the sea will likely build their own seawalls as well. Homeowners on Lake Michigan are already building seawalls to protect their beaches, although it’s worth noting that some analyses say these walls worsen erosion over time, raising questions about the long-term sustainability of the strategy in some areas. 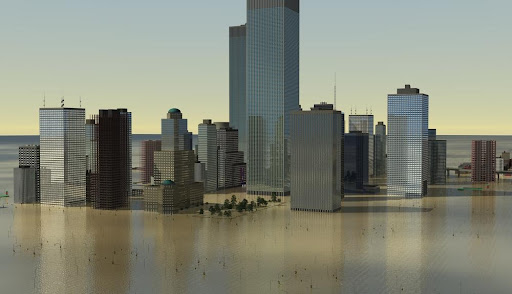 When floods happen, it’s massively important to have safe and reliable channels available to manage and remove floodwaters. Floodgates, reservoirs, storm drains, sewers, and other floodwater infrastructure have to be connected into unified systems that allow cities to manage catastrophic flooding events.

Cities that had experienced only occasional floods are facing big new investments in floodwater infrastructure. Metro areas like Boston and Virginia Beach have to contend with sea levels that will threaten critical infrastructure such as harbors and military bases by 2050. The Army Corps of Engineers is hard at work creating new plans for these institutions to manage sea levels, but that agency’s $109 billion project backlog isn’t helping.

However, cities like New Orleans and Charleston that have studied flood management for years still need big upgrades to deal with future flooding. Even Chicago, a city long famous for its ambitious hydro-engineering projects, is now facing challenges from fluctuating water levels in Lake Michigan. These new climate realities will require a dedication to innovative flood management solutions in city leadership.

Elevating structures to avoid the ingress of floodwaters is a time-honored practice that residents of flood-prone areas have practiced for generations. The technique is receiving new attention among urban planners and civil engineers now that cities are dealing with a potentially permanent rise in sea level.

A key part of building real long-term resilience into these plans is pairing elevated buildings with other water control measures such as flood channels and wetland vegetation around the structures. That’s a great example of why the holistic aspect of flood control design is so important: Each infrastructure hardening measure has to synergize with the ones around it in a web of protection that guards homes, businesses, and civic infrastructure.

Although it’s rarely the preferred solution, infrastructure and facilities might have to be relocated away from areas threatened by flooding. Some businesses and organizations can relocate their operations to an existing alternate facility, while others will have to build an entirely new one in a different location.

Residential relocation has become increasingly common in recent years, but commercial, industrial, and government buildings haven’t always received the same attention. The need will likely soon arrive to consider whether major businesses and civic infrastructure might have to be moved to protect them from rising seas. 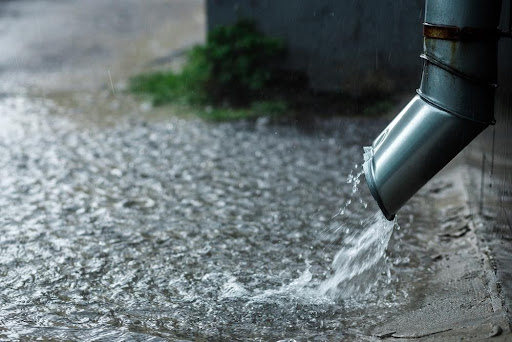 Florida has also begun regulating where state-funded construction can happen, requiring sea-level studies before financing construction in certain threatened areas. Some experts believe this could influence the development of new best practices in the private sector, too, where businesses will need to take new precautions to ensure that their investments are future-proofed against higher seas.

Quirky Promotional Items To Make Your Business Stand Out

Everything you need to know about Fairplay club App India

3 Great Ways to Attract New Customers to Your Business

Tips for Hiring Foreign Workers for Tech Business in the US

Jobs You Can Do With A Marketing Degree