VPN or Proxy for Netflix (Which to Use?)

Want to unblock the whole of Netflix’s catalogue to get more out of the platform?

Smart move – but how do you do that?

If you look up “how to unblock Netflix” online, you’ll mostly find articles telling you to use a VPN or a proxy.

But which one is the best Netflix unblocker?

It’s mostly a draw, but VPNs are slightly better. We’ll tell you everything you need to know in this article.

There’s no point in comparing the two services if you don’t know how they help you unblock Netflix. So let’s take a quick look at how they do that:

How a VPN Works

VPNs are online services that hide your IP address and encrypt your traffic. Here’s how they work: 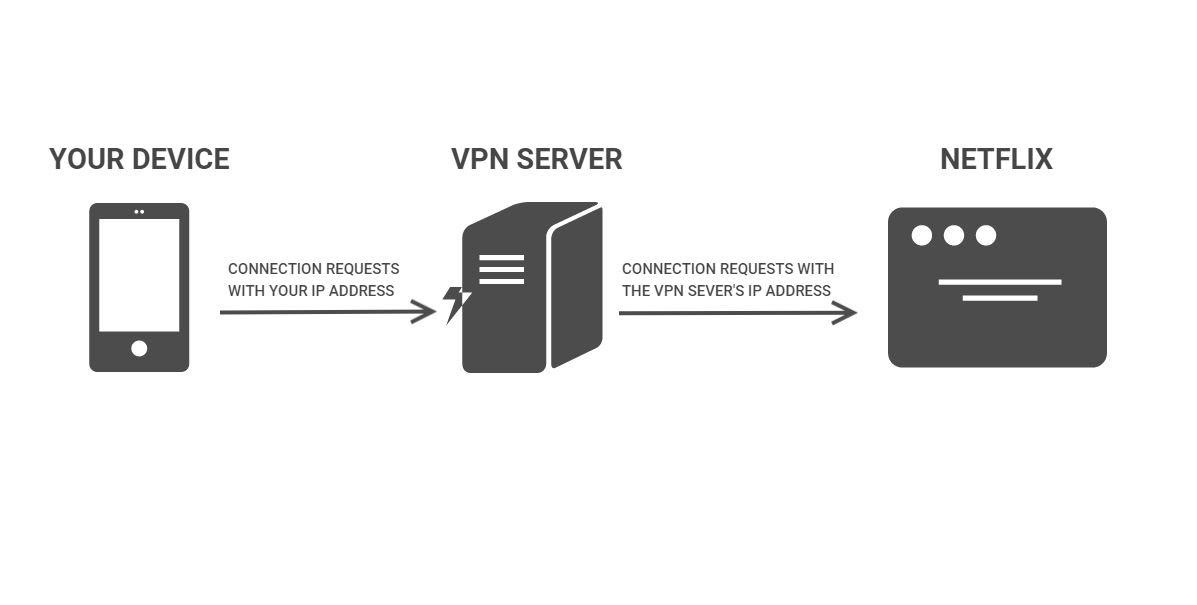 How a Proxy Works

There’s not much to say here because a proxy works pretty much like a VPN: it routes your Netflix traffic through a server that acts as a middleman between the site and your device.

So Netflix will only see the proxy’s IP address. If it’s a UK IP, the site redirects you to the UK content library.

Still, there are two differences between VPNs and proxies:

VPNs vs. Proxies for Netflix – Which One Is Better?

Alright, this is what you came here for. So which service is better?

Well, you probably weren’t expecting this, but both unblocking tools are decent options. It mostly depends on your preferences. Here’s what we mean:

Unlike proxies, VPNs offer additional security and privacy. When you use a VPN, you don’t just unblock Netflix. You also stop surveillance agencies, ISPs, advertisers, and hackers from tracking your online preferences.

For instance, some random advertisers won’t know you googled “Netflix Shameless (U.S.),” so they won’t be able to spam you with relevant (but creepy) ads about that show. Also, hackers won’t know you’re browsing Netflix, so they can’t successfully target you with phishing attacks that might redirect you to a fake Netflix site that can steal your login credentials and payment information.

Besides that, VPNs are a great way to protect yourself against bandwidth throttling. That’s when your ISP lowers your speeds because you’re using too much data on sites like Netflix. It can often happen when you binge your favorite series every night or on the weekend.

A VPN prevents that from happening by hiding your traffic and the destination of your traffic. Your ISP won’t know you’re using Netflix – they’ll only see that you’re connecting to a random IP address.

If you need help finding a good VPN to access the whole of Netflix’s catalogue, follow that link. It’s an online tool from ProPrivacy that lets you see where Netflix titles are available, and also tells you what the best Netflix VPNs are.

Proxies can’t prevent bandwidth throttling, but they can offer smoother speeds (sometimes). The lack of powerful encryption (or any at all) means your online speeds won’t suffer. This is especially useful if they’re already low (30-40 Mbps or less).

You can improve VPN speeds, but if you don’t want to deal with all that hassle, a proxy is a good choice. Plus, the local caching ability is a nice perk. Just keep in mind you might sometimes get outdated content if you rely on it too much.

Whatever You Choose, Just Don’t Use a Free VPN or Proxy

They’re convenient, sure, but not worth it at all. You’re much better off paying a monthly price for a paid VPN or proxy (which gets pretty low if you pick long-term subscriptions).

But some of you might still want to give free unblocking methods a go. Well, you can go ahead with it, but you should only expect intermittent access.

Because Netflix is actually really good at detecting VPNs and proxies. It uses automated scripts to find IP addresses belonging to these services, and blacklist them. If that happens, you’ll end up on the Netflix proxy error page.

To avoid detection, proxies and VPNs have to constantly refresh their IPs. Providers need money to do that since leasing new IPs from data centers and ISPs isn’t exactly cheap.

Starting to see the problem?

Free VPNs and proxies don’t have a sustainable business model. So they can’t afford to regularly refresh their IPs. Due to that, they might sometimes be able to unblock Netflix, but most of the time they won’t be able to bypass Netflix’s detection algorithms.

Do you prefer to use VPNs, or are proxies more your style? Please let us know in the comments below. Oh, and if you know other unblocking methods that work well with Netflix, please tell us about them.

How to Retrieve Deleted Contacts on iPhone: Quick, Easy & Safe

How to Access Blocked Websites in School or College (Solved)