Fun Facts about Pokémon and Zelda Games Released on the GBA

Do you like retro games? Then, you are familiar with the legacy of the Game Boy Advance handheld released in 2001. Just before you jump headfirst into retro gaming, you may want to freshen up your memory of the GBA’s best franchises and learn some fun facts about immortal Pokémon and Zelda Games.

A Few Words about the GBA

The GBA was a tyrant in the gaming market after its release. It also was one of our favorite handheld devices. It’s easy for younger gamers to overlook the improvements the device had over its predecessor. But it gave us access to portable games that match the quality of titles seen only on home consoles just a few years earlier. Nintendo’s crafty little machine brought highly produced and high-profile games that despite being on the small scale continue to have a big impact on those that played them.

First things first, it’s important to note that it’s not necessary to own a vintage GBA handheld to enjoy the best game gems. Not all aficionados of classic GBA games know that today almost any title that was ever released on the console can be played via emulation. Suffice it to install a proper emulator and get a GBA ROM download, and you’re all set to play your favorite GBA games on a modern PC or a portable device. Just make sure to opt for the right tool and download safe ROM files from reputable and trusted abandonware websites. 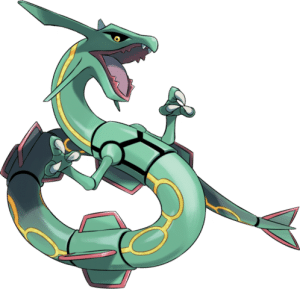 As a series that was always at home on Nintendo handhelds, Pokémon Ruby and Sapphire was perfect for demonstrating how the system could expand on an already-pocket-sized adventure. As with each new Pokémon iteration, the amount of lovable creatures the player could collect was greatly expanded. While many are now fully aware of the lineup introduced in Ruby and Sapphire, they weren’t always set in stone even after the different games had entered full development. In 2020, an early beta for the game was leaked online in what became known as the Giga Leak. By exploring the data of this early version of the game, several unused Pokémon were revealed, though without any graphical data, only description. Thus, Pokémon 298, which in the final release was Azurill, was originally planned as a grass-type shrub creature with a sprinkler motif. Another Pokémon of interest is Rayquaza, which actually looked somewhat different during development.  Initially, the creature would have been white, scaly, had a beak, and would have measured up to only half the size of what Rayquaza would ultimately be. But, eventually, the developers decided to make this Pokémon more formidable and impressive and modified its appearance correspondingly. 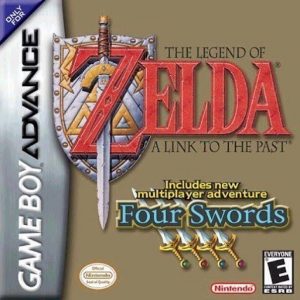 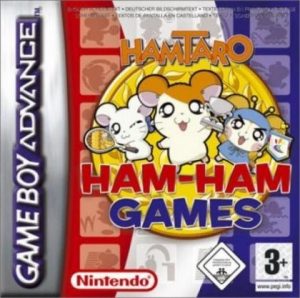 Many pocket monsters may be cute and small. But what can be any cuter than the lovable Hamtaro. Hamtaro Ham-Ham Heartbreak not only appeared on Nintendo’s Game Boy Advance but even referenced the big N’s own Legend of Zelda franchise. In the cove located in Sunny peak, a player comes across a slightly overused trope of a sword stuck in a pedestal. In order to pull the sword, a player must first locate a red, blue, and green marble to place within the pedestal in reference to Ocarina of Time, where Link must perform a similar act to unleash the master sword. This reference is backed further by the music that plays once the sword is drawn.

Combining both small stature and Zelda together, you’ll inevitably land upon The Minish Cap. One of the authoritative Zelda experts once noted that what people might overlook from The Minish Cap is the hidden meaning of the Hylian words written on the spines of the book found in the library area. This language shares the formatting with that of the Wind Waker and has lots of allusions to the previous installments in the Zelda franchise. So, next time when you load The Minish Cap, you might want to take a closer look at the sacred book found on the second floor of the library.

Now that you know so much about your favorite game franchises, it’s about time you paid tribute to them by planning them in the 21st century.

Unique Marketing Techniques: Helping Your Company Stand Out in 2021