Everything About Mobile Rooting [Advantages, Disadvantages]

Mobile Rooting is the process of giving accessive permission to Android users to attain the privilege control over Android Operating System. Android uses the Linux kernel just because of its open source service. 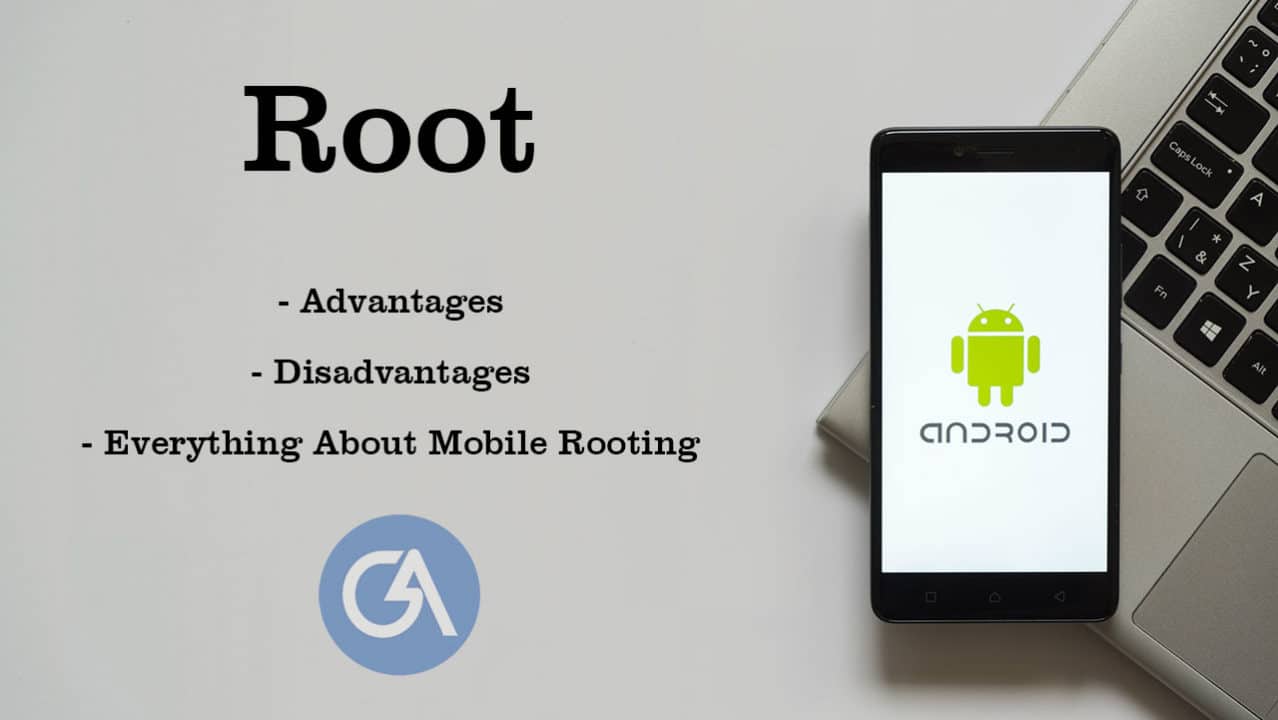 User with a rooted phone can do several activities which normal users can’t do on there smartphone. Like to remove bloatware, Install Custom ROMs, Ads Blocking and many other things. The root user has full control over the Operating System.

Many users have stock ROM in there smartphone which is basically the same on all the smartphones.

Have you heard the name of Stock Rom?

Stock ROMs is available in every smartphone when you buy it. On the Internet, there are very attractive and decent custom ROMs for rooted phone. These ROMs give you lots of additional features which you can’t use in Stock ROMs. Such as Speed Optimization, new and cool gestures, etc.

This happens with an older smartphone also that its storage became less just because of the regular application update.

In this situation rooting allows you to remove any pre-installed default app which you hardly uses. Through rooting, you can permanently free up some storage just by uninstalling the App.

Are you are the one who is complaining about your poor battery optimization? 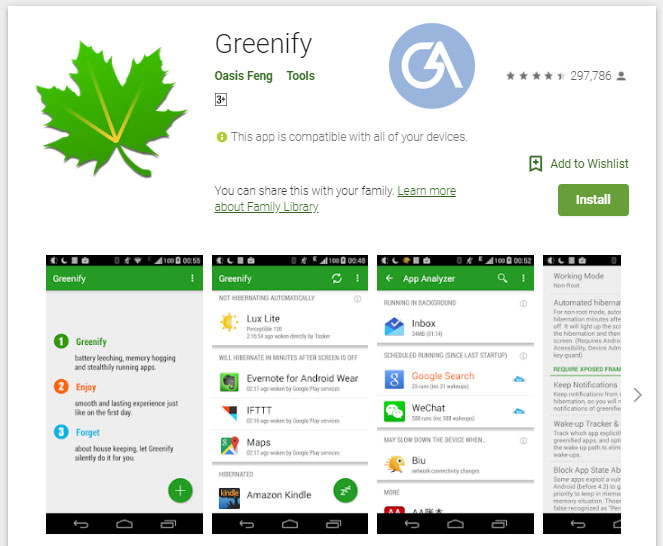 Auto hibernation is a feature that is available in the Greenify app which hibernates the app, especially which consumes most of the battery. Actually, Greenify kills unwanted permission if the application is not in use or present in the background. Example: GPS, Internet and many others.

Having a rooted smartphone and you like a Custom ROMs lover, then at every time whenever you are installing a new Custom ROM, every time you lost all your app data and other useful data as well.

Titanium Backup[Click to Download] is one the best app in Play Store for rooted phone for Backup. This app backup everything including all the apps, app data, files, settings along with external data which you can use it whenever you want.

You can also save these backup files to Cloud from where you can get your backup file whenever you need.

Once you rooted your smartphone there are lots of options to customize your phone with cool and new features. You can create your own custom widgets or change the present custom widgets according to your needs.

Seeing the same boot logo every time is boring. You can change your logo as per your wish just like any other brand logo.

Ex. You are having a Samsung phone brand, you can change the boot logo of the same device to Oneplus Logo.

Personal Experience: My first Phone was of Karbonn (Powered By Android one) first Android One Phone in India. I rooted this phone after 7 months of purchasing.

I changed Karbonn Boot logo to avenger official Logo which looks pretty decent when the booting process used to run.

You can download Your favorite boot logo zip file from the internet. Must remember the zip file you are downloading should be compatible for your smartphone.

There are many apps which can block ads on your smartphone. These apps take hardly a min to set up and after that, you are Ready to Rock. You can check these ads blocker apps on our website.

Seeing one font all over your smartphone is quite boring. You can change your fonts within a minute. There are a variety of fonts which you can choose and apply any of them. Download Font changer app for rooted phone and apply fonts according to your need.

Rooting your phone comes with big disadvantages whether you have rooted your phone on the first day of purchase or later. Service center charges every time for any problem either it is hardware or software, either it came under warranty period or not.

In some case, you can unroot your phone with the same tool from where you have rooted your phone but it is not applied to all the Samsung Smartphones. After this, if you want to use customer service you have to unroot the phone and have to install the Stock ROM.

Note: If your Smartphone has a hardware problem like audio jack not working, volume button not working then there is no problem. You can go with your rooted phone to the service center.

” Well!! Every Solution Came with a new Problem “

When you root your Phone and install a new Custom ROM then some bugs and performance issue can also come with this. It is true that developers developed custom ROMs to improve performance. Whatever the custom ROM you install on your smartphone, it is not fully developed. The developer fixes bugs in every new update.

Rooting a phone is OK, but what about your security?

By rooting your device you have unlocked your phone from being secure and there are lots of tricks that anyone can use to spy on you and send a suspicious file which can harm your phone.

There is SafetyNet in every Android phone which protects against security threats. It doesn’t work if the phone is rooted. That’s why some of the play stores apps don’t work on a rooted phone.

Flashing a Custom ROMs in a rooted phone is one of the most dangerous work. If one of the flashing processes goes wrong then you can get Mini Heart Attack. Your phone will be stuck on a boot loop and you have to find any other way to get the phone in the previous state. The newer version of Android has more chances of soft brick.

But, There are lots of guide on the internet which helps you to unbrick your smartphone. Just follow the instructions with the correct process method and Boom!! You will get your phone back.

This is very simple for attackers to harm your device in a rooted state. Just because you rooted your phone and Safetynet also didn’t work. Whereas Google created the SafetyNet Attestation API to protect users from malware that monitors and spy on your smartphone.

Always try to download Application/Files from a trusted source. It will reduce the chance of virus attack. For, example, don’t download apk files from an unauthorized website or any third party app. You may get a malware Android app.

Once you root your smartphone then no further security patches and the new version of Android can be upgraded to the rooted phone. You have to download it manually from the trusted source and have to flash again.

Every time update via Flashing results in loss of data. But as already explained you can save your data by using Titanium Backup.

If you are an advanced user and wants extra features from your mobile other than the currently offered with the cost of losing its warranty then you can go ahead with rooting. But if you are not so much clear about rooting and don’t want to lose its warranty then don’t do it.

How to Access Blocked Websites in School or College (Solved)

How To Use Social Media For Business