Hulu is a very famous American entertainment company that provides ‘over-the-top media services.’ It has the best TV show selection from dramas and comedies to science fiction and kids’ shows. Most of us like to spend our free time watching movies or series, but it is not possible for all of us to be available in front of the TV when a particular show or video is streamed. So better option is to watch them online whenever we have time because downloading each episode is also not possible. So we have Hulu, most popular streaming services on the web, having the best collection of Shows & Series. 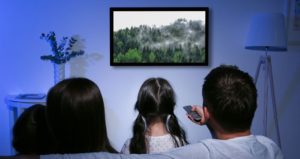 You can create an account on Hulu to enjoy its services. You need a good internet connection, and you can watch your favorites shows anytime. We have gathered a list of Best Hulu Shows &Series available, from new classics to old favorites, and everything in between.

The Handmaid’s Tale is a dystopian novel by Canadian author Margaret Atwood initially published in 1985. The book focuses on the journey of the handmaid Offred. The Handmaid’s Tale explores themes of women under domination in a patriarchal society and the various means by which these women attempt to gain individualism and independence.  There are a total of 2 seasons and  20 episodes of this show being streamed on Hulu right now. If you are not watching it, then we will recommend you to watch it for sure.

Atlanta is an American single-camera comedy TV series created by Donald Glover. Atlanta portrays two cousins navigating the Atlanta rap scene to improve their lives and the lives of their families. The best part about watching Atlanta is that you can never expect what is going to happen next, whether it be a cameo from Quavo or season two’s truly chilling ‘Teddy Perkins.’ It is a show that you will truly love.

Boy Meets World is an American television sitcom created and produced by Michael Jacobs and April Kelly. It shows the everyday events and life-lessons of adolescent Cory Matthews as he deals with school, family, friends and first love. There are the chances that if you are a 90s baby, then you have grown up tuning into Boy Meets World.

Felicity is an American drama television series created by J. J. Abrams and Matt Reeves. All series revolves around the fictional college experiences of the character, Felicity Porter as she attends the University of New York. The show is a charming exploration of friendship and works as a great time capsule of nostalgia.

Fargo is an American black comedy–crime drama anthology television series created and primarily written by Noah Hawley. The series follows an anthology format, with each season set in a different era, and with a different story and mostly new characters and cast. Each season shares a common chronology with the original film.

Harlots is a British-American period drama television series created by Alison Newman and Moira Buffini and inspired by The Covent Garden Ladies by Hallie Rubenhold. It centers on a brothel owner in 18th-century London as she struggles to raise her daughters while battling a ruthless rival madam.

Castle Rock is an American psychological horror anthology web television series based on characters and settings from the stories of Stephen King. It has the newest story. It’s not based on any specific story, but instead invokes the feeling of reading one of King’s novels as it carefully sketches in its characters and introduces creeping horror. If you are a Stephen King fans, then you should watch this series.

Other favorite Shows & Series on Hulu

Note: If you are new to Hulu then you will get a free one month trial, and once it will end you can buy a subscription according to your need.

These are the list of Best Hulu Shows & Series that you can watch and enjoy. So guys go ahead and enjoy. If we have missed any of your favorite shows, then please comment the names in the comment section.

Get Paid for Using Facebook Just by Sharing Some Information

Huawei Nova Y70 Plus Review: A Bit Off The Pace