Audemars Piguet: A Watch Worth the Investment

Audemars Piguet is undeniably committed to a high standard as part of the Big Three of the Holy Trinity among luxury brands. With that being said, we could expect that the price must be very high as the leading brands Patek Philippe and Vacheron Constantin have six to seven-digit thousand dollars in amount. 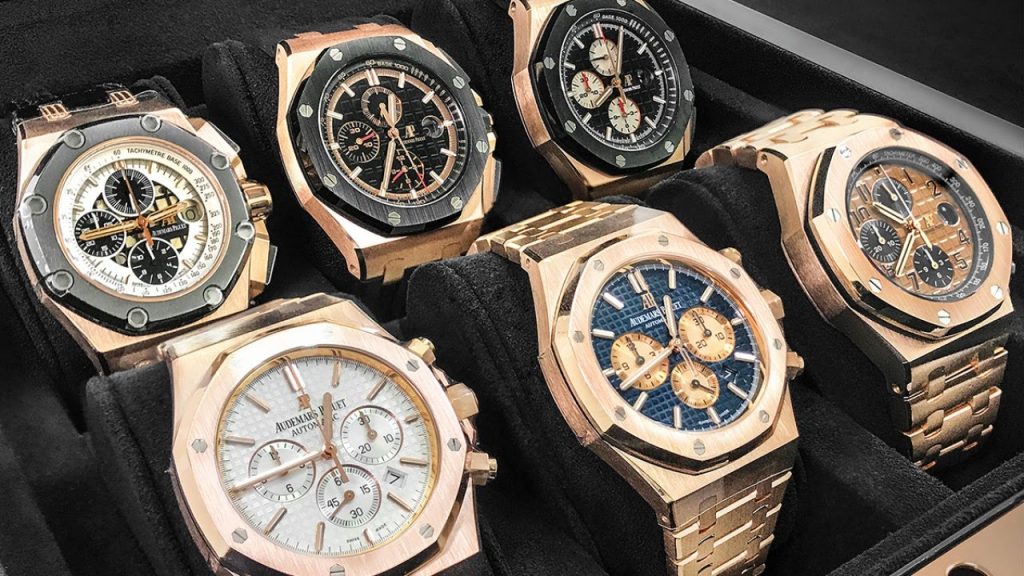 You might be asking, why is Audemars Piguet expensive? Of course, it is a given fact that they are famous. We might think about what their differences would be against other affordable brands. Is it the gems? The golden bracelet? In this article, we’ll give you the reasons behind the extravagance of Audemars Piguet.

Why are Audemars Piguet watches expensive?

Most of the expensive brands in the world become costly because of being rare, especially those with limited editions. Another reason is just the mere mention of the name, through word of mouth, becoming famous and expensive eventually. What about Audemars Piguet? What are the reasons for its high-end price? Is it worth your money?

The design team of Audemars Piguet always comes up with something new. It is always their goal to create a big difference though they had done it before. They take pride in manufacturing unique timepieces, even if they take a longer time to accomplish. The engineering group plots the whole design, including the movements on their computers after planning out. Sometimes studying each aspect takes many years to finish.

Imagine the time and effort to create a new model of their brand. The goal is to develop innovations that will continue for life to invest a lot of money in the research. They spend millions or billions just to ensure that the watch they will produce gets known for its launch.

One example that showcases its extensive development is Black Ceramic Automatic Royal Oak. The whole piece allures watch enthusiasts by its satin-brushed surface and beveled edges that have intricate details. Other than those, there are also detailed complications of the bracelet links. With all the research and technology they spend to achieve one final model, you can conclude that most probably the price of the watch will be expensive.

Audemars Piguet is not just known for its unique designs and the materials and movements performed by its watches. It is known for the premium materials that stand out among its models, such as black ceramic, golden screws, and satin-brushed cases. All these make up a durable watch that will last a lifetime.

How about the mechanism? The movements clearly show that they perform the most detailed ones for their watches. The price of each component amounting to thousands of dollars is proof that they’d spend more regardless of the price just to ensure perfection.

Audemars Piguet proved to be a pioneer of novel inventions. One of these pioneer designs is the thinnest pocket watch in the world in 1925. Another invention that surprised the world is the first-ever skeleton design, where you can see the insides of the wristwatch through the glass case. These firsts eventually gave Audemars Piguet a reputation for producing innovative and high-quality timepieces.

Highly trained watch artisans take a few years to create a one-of-a-kind watch. The process takes too much effort, long hours of labor, and tedious work. Many meticulous procedures must be performed when designing and decorating. A single piece is assembled under a microscope manually. Once the building is complete, the watchmakers must complete the mechanics testing.

In many cases, the price of an Audemars Piguet timepiece is related to the overall market price of similar products. There is a direct correlation between the rarity of a watch and its cost. It is obvious when a company or product is as famous as Audemars Piguet. It is no doubt among the most prominent reasons for its high price. Only a small number of watch models are produced yearly and often earn a high demand from enthusiasts and collectors.

Who are the famous people that patronize Audemars Piguet?

Prominent people tend to put a sensation in their apparel, cars, and homes! The public looks up to them. These famous people become the trendsetters of specific brands, thus earning more sales from the people who love to use what their idols do.

Even John Mayer, an enthusiastic collector, has to have an AP watch. He has spoken about his collections quite a bit. The collector’s world was shaken when Mayer wore a vintage Royal Oak in a photograph with GQ Magazine and proclaimed himself as an aficionado. At that moment, more watch collectors want to buy the same model as Mayer’s.

Because Audemars Piguet has a watch for every athlete, the company never runs out of supply. One notable patron from the NBA is the basketball legend, Steph Curry. People recently saw him carrying two AP watches, a Royal Oak and Royal Offshore Oak. Recently, he has been spotted wearing these watches on many occasions, especially when he won most of the 2016 NBA Awards.

It’s not surprising that sports icons patronize this extraordinary timepiece because Audemars Piguet has a heavy association with sports. The tennis legend Serena Williams wears a Royal Oak in every game. Her Royal Oak is different from the other royals. It has the pushers placed on the left, designed for her to wear comfortably during games.

With all these reasons, are you now convinced why Audemars Piguet watches are worthy of your money? At Watch Shopping, you can find the latest trends of the luxury watch brands at the best deals ever! Grab yours today!

6 Things Not to Forget at Your Farewell Pool Party

How To Cancel CBS Access Subscription 2021 (with Simple Guide)

Best 5 Sites Like Watch Series on The Internet – Top Alternatives