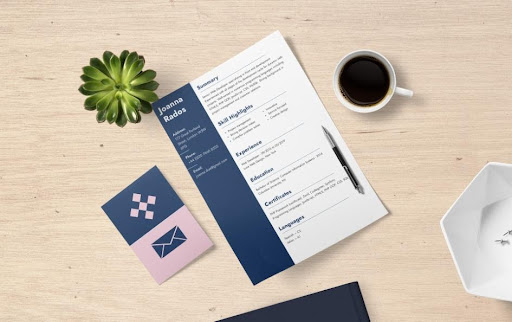 When job-hunting, your resume is the first thing recruiters will see. It should include all of your relevant work experience and education and personal information like where you live. But what about your cover letter?

The truth is, many people never even bother to write one—but it’s worth taking the time to make a compelling case for why you’re right for the position. While resumes are important, they only tell half the story—and having an engaging cover letter that does its job can help your application stand out from all the rest.

The problem is that most people don’t know how to write a good cover letter. There are certain conventions recruiters expect to see, but if you aren’t sure what they are or even sure they matter, it can be difficult to know what to include and where to begin.

Luckily for you, Venngage has put together this list of the seven most common mistakes when making a cover letter—and how to avoid them so your application goes beyond the competition. 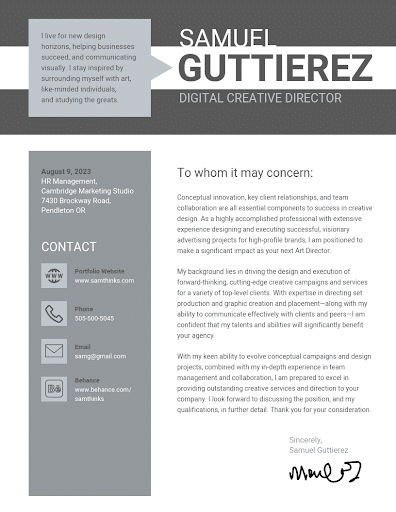 One of the biggest mistakes people make is just sending over their resume in Word format, sans-cover letter. Even if you’re not applying for a job in graphic design, recruiters still appreciate seeing that you’ve taken the time to assemble an actual document instead of just pasting everything into an email (especially when 50% of today’s resumes are viewed on mobile devices). You may not think it makes a difference, but when you’re hiring someone for a job, the smallest details matter.

The same goes for your cover letter’s font. While most recruiters won’t turn down your application if you choose Comic Sans or Papyrus, they’ll appreciate it more if you choose something legible. Venngage recommends trying something simple like Arial or Times New Roman—which are both free to use on Microsoft Word—for readable results that still have personality.

If you’d rather be safe than sorry, Venngage also has professionally designed resume and letterhead templates that come with matching cover letters, so all you have to do is fill in your info and send it!

If there’s one thing Venngage hears most often when people get rejected from jobs, it’s that their application just didn’t “wow” them. And while we can’t know exactly what the recruiter was thinking at that moment, we do know that they probably decided whether or not you were qualified within the first three sentences.

So start on the right foot and grab their attention with more than just a boring introduction or summary of your resume—use those first few lines to show your enthusiasm and impress them with one or two of your skills. You can check cover letter examples on Venggage to give you an idea. 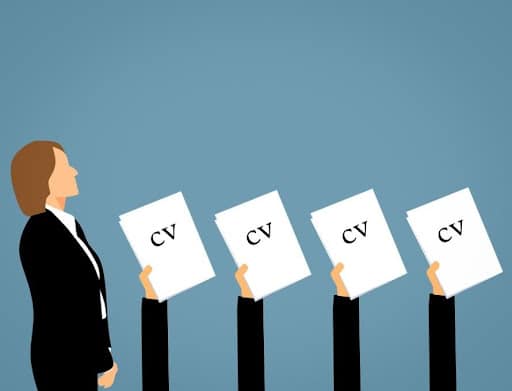 Every application should be tailored to the specific job you’re applying for, which means it’s not a good idea to send out generic cover letters and hope for the best. That said, it can also be hard to know what information is important and what isn’t when you’re writing an actual letter (as opposed to creating a resume).

Venngage recommends sticking to only two pages max, so if sections from your resume don’t apply to this particular position, just leave them out! Your cover letter should have all the relevant details without going into too many specifics—so use those extra bits as an opportunity to express your personality and show the recruiter what makes you unique. Our cover letter examples are helpful for those who want to give a concise but impactful cover letter.

4. Grammatical Mistakes and Other Errors

While many people may think that as long as they could pass their resume off as their own, it doesn’t matter if they can’t properly use commas or offer an articulate closing statement, recruiters know how unprofessional it is when someone sends over a cover letter for resume riddled with typos.

Remember: you’re sending this out to someone you want to impress (or at least convince), and there’s no excuse for bad writing—even if your mom says otherwise! Make sure everything is readable and correct before pressing, because fixing grammar isn’t something grammatically correct people do (Venngage knows we can’t be the only ones who make this mistake) — it’s something everyone should apply to their applications, letters and resumes alike. 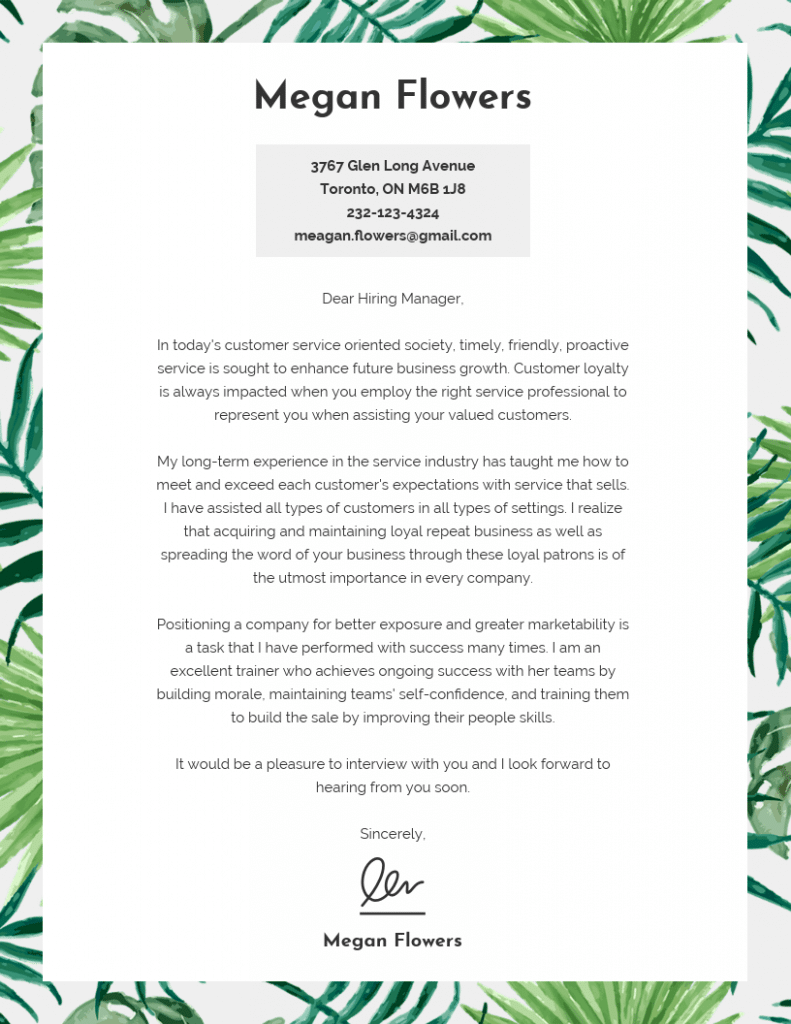 5. Typos That Change the Meaning of Sentences

You might not realize it as you’re proofreading your cover letter before sending it off, but those small errors could actually change the entire tone—and maybe even meaning—of what you’re trying to say. No one is perfect, but if there are any mistakes in your application, they become much more noticeable than typos and other minor issues, and can completely undermine everything you’ve worked so hard on up until now.

Make sure everything looks good by reading it over several times, and if you’re nervous about getting it right the first time, Venngage has short cover letter samples that can help take care of that for you!

6. Not Following up After Submitting Your Application

What are the odds that a recruiter will dig through their inbox to find an unread message amongst all those various social media alerts, newsletters, and email ramblings? Slim to none—so Venngage recommends following up no more than twice! If they haven’t written back after your third attempt (or even just one), let it go. Don’t be pushy or annoying, because then they definitely won’t want to work with you—and probably won’t ever forget about that slew of unanswered emails you sent in the first place. 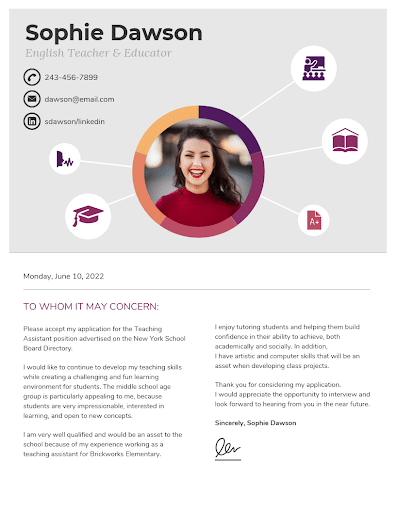 7. Not Asking For an Interview

Of course, you want to make a good impression in your cover letter for a job application and everything else leading up to this point (like having a resume that will blow them away), but to get this job—and any other one you might have your sights on—you’re going to have to meet face-to-face with whoever is interviewing applicants. Venngage recommends asking right from the start if there are any upcoming interviews scheduled or opportunities available that haven’t been announced yet, because then at least you’ll know where you stand without seeming too pushy by outright requesting an interview.

Venngage to the Rescue!

Now that you know writing a cover letter will end up in the hands of someone who wants to work with you, Venngage users recommend taking advantage of our CV maker, cover letter samples, and other resume writing services for an application that’s sure to turn heads. Or feel free to check out Venngage’s blog for more tips on getting ahead at work. Happy applying!

If You Want to Maintain Your Privacy Online, Consider These Options

Everything you need to know about Fairplay club App India

7 Skills Every Business Owner Should Have

How Garage Doors Can Improve the Looks of Your House